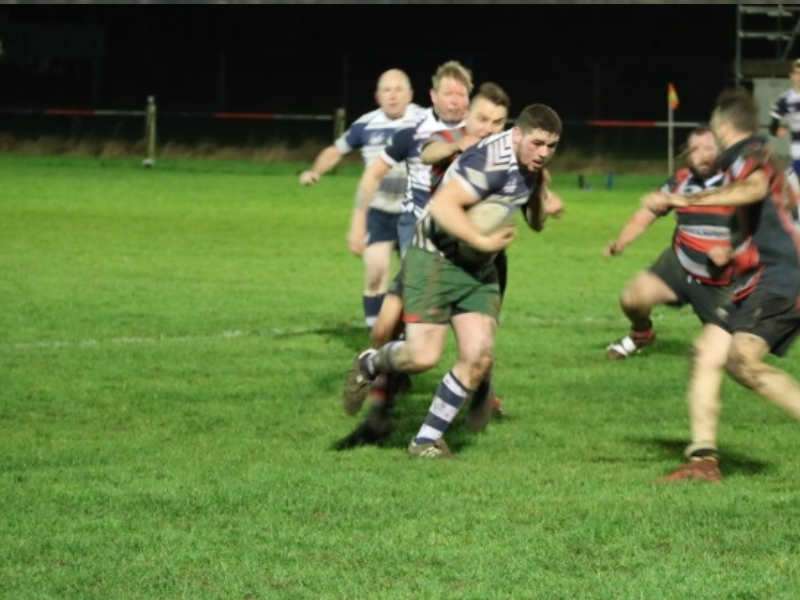 Leighton Buzzard RFC 2nds continued their New Year festivities away at Dunstable in the first Banana Bread Beer League fixture of 2020. Running up 9 tries in sticky conditions under floodlights, Buzzards spent 80% of the match camped out in their opponents half to win 51 – 10.

Captain Ross Bevan opened the scoring, as the forwards piled on the pressure. James Pratt sprinted down the left wing for the second. A forwards drive on the right enabled Patrick Fraser to touch down, which was followed by a fine individual effort by Elliot James showing his footballing skills.

In the second half, Ollie Gronert, whose kicking game continually put the Dunstablians under pressure, broke through the line and sprinted half the field to score under the posts. Another forwards drive to the line provided a platform for Ben Savage to score in the corner and another forwards break by Dan Batchelor led to Kristian Hastings powering over. Veteran “Ace” McDade was alert in making an interception in the opponents 22 to score under the posts and the forwards capped the game with a driving maul into the corner for Ben Johnson to touch down.

A very entertaining game for the Buzzard supporters.