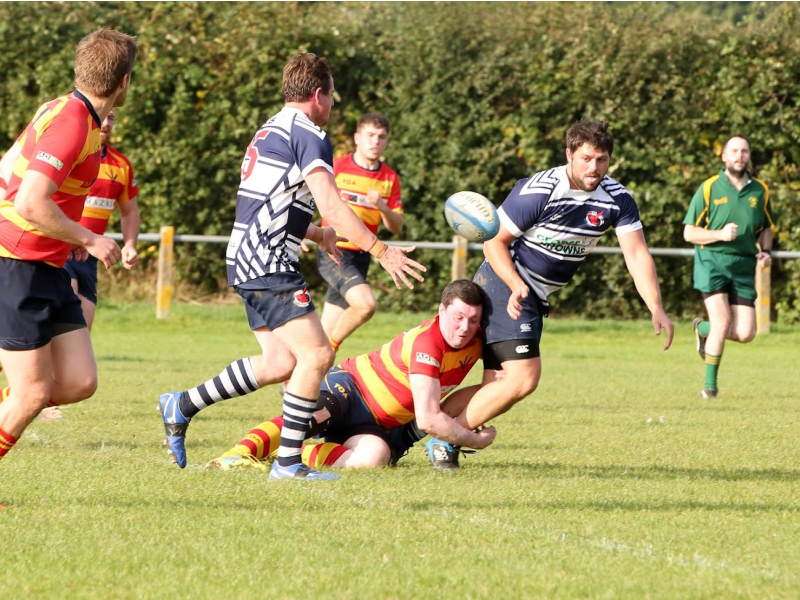 A last minute arranged fixture between local rivals saw Buzzards come second in the contest, a reversal of their last meeting in the merit league just 3 weeks ago.

Both Buzzards and Stockwood Park had been let down by their planned opposition and whilst Buzzards original team had largely dispersed to the excitement of shopping a side was mustered. This turned out to be a small triumph as a few players succumbed to illness and late pull outs, so frustrating.

Stockwood Park lent Buzzards a good player to even up the sides.  Buzzards experienced a start they would not have wanted and Stockwood Park scored within minutes and soon afterwards lack lustre tackling allowed Stockwood another try. With the score at 14-0 and Buzzard heads down it wasn’t looking that good.  Buzzards rallied, somewhat and put up some good resistance until poor rucking allowed Stockwood to get good ball which went wide for a converted try 21-0 and Buzzards not looking as if they might score. Soon afterwards Stockwood Park made a break down the left hand flank and somehow Buzzards managed to concede a penalty try giving Stockwood a 28 nil lead. Hand waving tackles conceded another converted try and half time a score of 35-0.

Captain Ross Bevan injured left the field at halftime but not before dishing out words of wisdom. Stockwood Park loaned Buzzards another good player, thank you.

The second half was a bad start for Buzzards who let in a soft try just after kick off! That was it, Buzzards dominated the second half but just couldn’t convert pressure in to points. Buzzards mounted wave after wave of attack which eventually led to Craig Johnson scoring wide out on the right hand side, it wasn’t converted. Stockwood looked tired and Buzzards fresh but nothing came from the waves of attack.

A big thank you to Stockwood Park for lending depleted Buzzard side players.