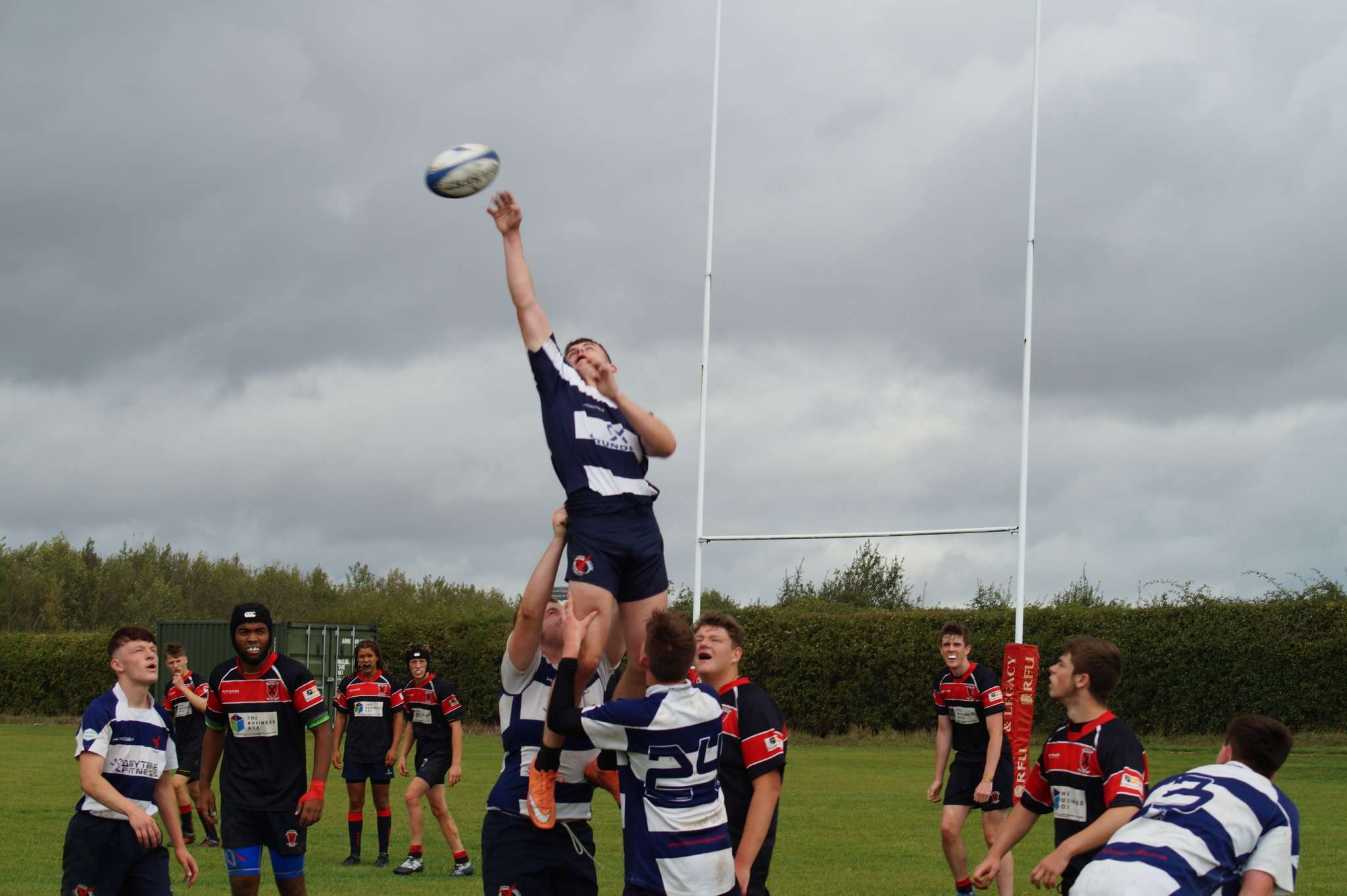 Despite losing this first match of the season, there was much for these young Buzzards to be positive about.
Biggleswade were the visitors and arrived with 20+ players vs just the 13 available Buzzards, having lost a couple through injury during the week. Both sets of coaches agreed that rugby needed to be played and so a player was lent and play commenced.
Biggleswade clearly had the advantage re playing numbers, 15 vs 14 but the Buzzards did not look outnumbered covering the park as if they were at full strength.
Some brilliant performances throughout the team lead to a good even contest.
Buzzards unfortunately made life harder by having a player sin-binned in the opening 15 mins  for an upending and, whilst further depleted, Biggy capitalised with a brace of tries.
Buzzards fought back, and in a really spirited show of defiance were not only able to nullify the numerical advantage but score 3 quality tries of their own.
The match ended with Biggleswade victorious but with smiles on the faces of the Buzzard team who knew they had not let themselves down in the manner they played and the resilience they showed.
Additional Report
A depleted Buzzard U17 squad faced a well-trained Biggleswade side in their first match of the season and were immediately put under defensive pressure. Despite being 1 man down (all match) Buzzards defended well and succeeded in keeping a clean slate for nearly 20 minutes. Buzzards were alert to the break out and a precision kick into the visitors 22 by Julian Gallie was chased down by Charlie Beaumont and Harley to put Biggleswade under pressure, but Buzzards couldn’t convert.
However, at the opposite end the visitors started to find the weak spots in the Buzzard defence and started accumulating points. A further breakout by the Iestyn down the left wing was the closest Buzzards came to score despite his acrobatics. In the 2nd half, Buzzards started brightly from their 22 with Gallie kicking a long ball which he followed up supported by the backs. In the resulting ruck, a penalty was taken quickly by Gallie who was brought down on the line. From the ruck, the forwards, led by captain Harry Nossiter, drove over to score.
Under pressure, indiscipline by Biggleswade at the breakdown and an increasing penalty count enabled Buzzards to occupy a greater period in the visitor’s half. Good movement by the backs led to a fine solo run by Jacob Dove who was rewarded by a try on the wing. The visitors answered quickly but a steal by Buzzards at a ruck led to the backs combining to score the 3rd try.
Final score Buzzards 17 – Biggleswade 43.