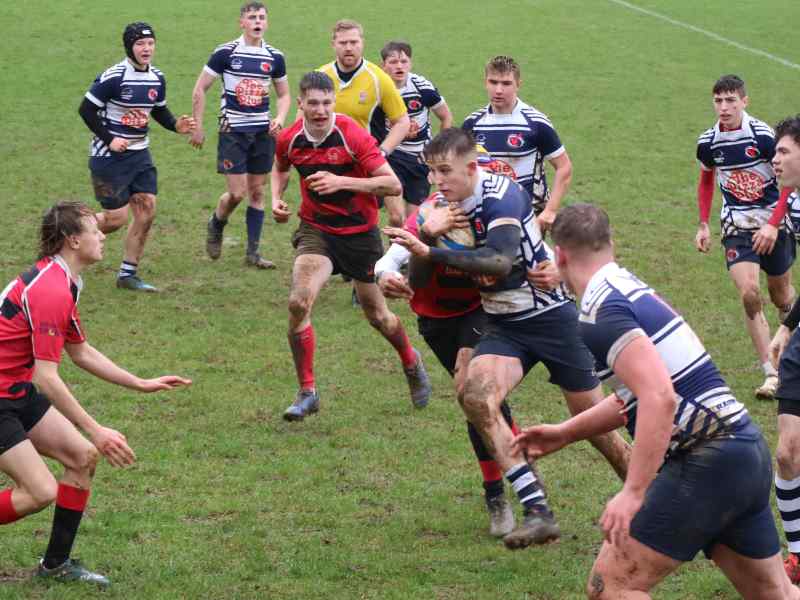 Buzzard Colts traveled to Chipping Norton determined that it would not be wasted journey.
They immediately went on the attack and after a sustained period of pressure they caught the opposition napping and Rhys Betley powered over to open the score. Chipping Norton woke up and Buzzards found themselves on the back foot, defending robustly but being outflanked and then caught out twice by the Chipping Norton tactic of chipping over the defensive line.
Buzzard backs then had a good period of play, with Rhys Betley setting up Iestyn to score. Buzzards were alert to opposition mistakes and Julian Gallie pounced on a loose ball, kicking forward, with Thomas Charter in support. The opposing player fumbled on the line and Charter picked up to score.
In the 2nd half, Chipping Norton benefited from a penalty to score but were penalised with a yellow card after a high tackle. Buzzards turned the screw with a succession of phases led by the forwards. Good penetrating runs by Max Green, Gallie got closest but knocked on the ball. The ball was eventually released to the backs, led by captain Harry Nossiter, and full back Jacob Dove ran through to score a well deserved try in the corner.
In an entertaining game, with well-matched sides, the final score was 22-22.