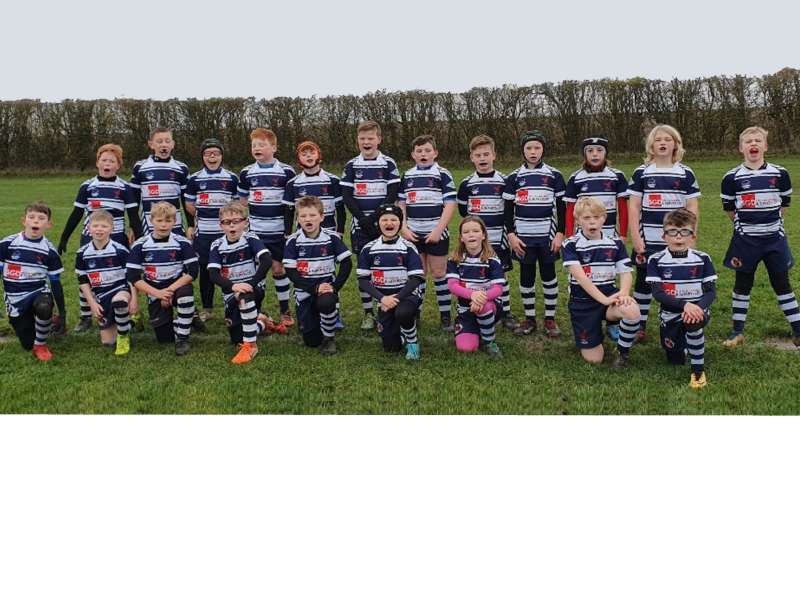 Start – Stall – Start – Stutter – STOP!!
It’s been a strange season, probably strangest one we’ll ever have…

The season started well, September allowed a full month of training before our 1st fixture of the season the annual Buckingham Festival. Going into the festival the coaching team and players were confident. However it quickly became apparent that the squad were undercooked in terms of physical contact and making defensive tackles.

Whilst September’s glorious weather and hard ground provided perfect conditions for attacking back play it unfortunately denied us the opportunity to practice tackling and ground work.

Once the ground softened defensive practice commenced and huge progress was made, many players attended the Saints October Half Term camp, Sunday and Thursday night training was going well along with the inspiration of the world cup, lots of improvements were being made across the whole squad.

Excellent displays of rugby against a strong Aylesbury team followed by dominant performances against Dunstable, Bletchley, St Albans and Stockwood Park.
Next up Towcester where we were taught a lesson at the breakdown and the ruck, a wakeup call we needed, definitely 2nd best on the day. This inspired the players to improve and that we did, performances against Banbury and Biggleswade finished 2019 off with a bang!

2020 was were the season stuttered, heavy rainfall meant lots of matches and training sessions cancelled due to waterlogged pitches, we managed a game vs Ampthill away at the end of January in which we more than matched our Championship opposition. February was a right off, no Rugby.
1st March Hemel (Camelot) RFC kindly agreed to switch the game and host us, as ever Hemel always give us a good game, honours even across the games played that morning.
Tour planned to South Dorset and the players looking forward to a 4th in their short Buzzards career.

Who’d have thought that Hemel match was going to be the last time the U11’s would play together?! – COVID-19, lockdown and no Rugby.

The season ended and tour cancelled, there is always next season!

It was great to welcome new players to the squad this season, Jamie at the start of the season. Ethan and Jack A midway through. William and Jack B towards the end further strengthening the squad. We’ve said goodbye to a couple, Thomas & Jenson and we’ve not had the opportunity to say goodbye to Hannah who’s been with the squad since the early days of tag. Hannah has always been the calm and calculated head amongst the madness of all the boys, she has been fantastic to coach and I wish her all the best. I’m so glad she has chosen to continue to play Rugby next season as she joins an all-girls team.

On behalf of all the coaches I would like to thank all the players for their hard work this season I would also like to thank our wonderful parents, the best in the club by far! They have a fantastic sense of humour (much needed with Chris around!) and always 1st to volunteer their services to help with parking or other committee related tasks.

See you next season

The U11 squad (photo taken in Nov)