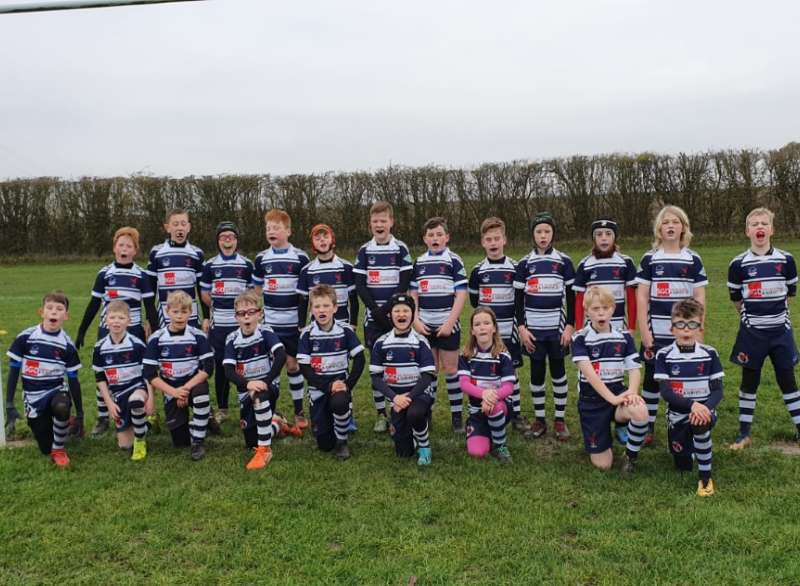 Behind the first window in the U11’s advent calendar was an away fixture to Banbury.
The squad turned out in numbers despite the travel and the cold. Frozen extremities were quickly put aside (easy to do when they’ve frozen off) because the commitment to travel was mirrored in the performance on the pitch.

The squad was set-up into the same two teams as the previous match and we started brightly with every player working from the off. We were well-matched to our hosts with both squads having a good mix of big forwards and fast backs.

The standard of Rugby on display from both teams was excellent. The Buzzards used a great mixture of team play, crashing individual runs, robust defence and well placed tactical kicking to put multiple try scorers across the line. The opposition kept hitting back with lightening fast backs able to exploit the space when we bunched.

The standout positives, amongst many, were the speed to move the ball out of the rucks and threading together passes to move the ball along the line to find space. Not doing this in previous matches has been our undoing, and it was fantastic to see the players execute these skills throughout the match to great effect. Well done buzz, a performance that found us travelling back to LB with the feeling that the whole squad have taken a big step forwards.

A big thank you to our hosts Banbury. A pleasure to play against a club whose players, parents and coaches echo our own ethos.